Tilman Lichdi has established himself as one of the most prominent concert and Lied interpreter of our time. He receives especial praise as ‘Evangelist’ in Bach’s oratorios and passions. For his American debut with the Chicago Symphony Orchestra and the St. John Passion, a critic in Chicago wrote: “One can go a lifetime without hearing the Evangelist sung as well as by Tilman Lichdi, and I’m not forgetting Peter Schreier.” Lichdi has given concerts across Europe, the US, Australia, South America and Asia  and performed under conductors such as Ton Koopman, Thomas Hengelbrock, Martin Haselböck, Peter Dijkstra, Frieder Bernius, Christoph Perick, Bernard Labadie, Marcus Bosch, Hervé Niquet, Hartmut Haenchen, Kent Nagano, Christoph Poppen, Claus Peter Flor, Michail Pletnev, Michel Corboz, Hans-Christoph Rademann , Teodor Currentzis, and Herbert Blomstedt, to name a few.

The highlights of season 2019/2020 are after his debut with the NHK – symphonie orchestra under the direction of Herbert Blomstedt in Tokyo with Mozarts c-minor mass, the tournee through europe with Ton Koopman and the Amsterdam Baroque Orchestra  and choir, performing Bach’s Christmas Oratorio amongst other in Vienna, Brussels and Amsterdam. In 2020 Tilman Lichdi will be also recording as the evangelist of Bach’s Saint Matthew passion in the Frauenkirche in Dresden under the direction of Matthias Grünert. Two concert tours to Stockholm and Hamburg will follow under the direction of Herbert Blomstedt as well as another tournee with Ton Koopman. He’ll also be singing at the Bachfest in Leipzig with Jordi Savall and Ton Koopman.

In addition to his diverse concert activities Tilman Lichdi is teaching singing with great joy privatly in Schwiagern. Four particularly wonderful CD’s have been produced there. Especially to mention are the productions of Schubert’s song cycles “Die schöne Müllerin” and “Die Winterreise”, both in a new version with guitar.

Tilman Lichdi was, between 2005 and 2013, a permanent member of the Staatstheater Nurnberg, where he performed, among others, David in Wagner’s Mastersingers, the Steersman in Wagner’s Flying Dutchman, Tamino in Mozart’s Magic Flute, Ferrando in Cosi fan tutte, Belmonte in the Abduction, Don Ottavio in Don Giovanni, Count Belfiore in La Finta Giardiniera and Count Almaviva in the Barber of Sevil. Tilman Lichdi was awarded the Bavarian Arts Sponsorship Award 2012 in the category of Performing Arts..

Tilman Lichdi grew up near Heilbronn, Germany, and began his first singing lessons at the age of 18 with Alois Treml of the Staatstheater Stuttgart. He first studied the trumpet for four years in Mannheim with Prof. Günther Beetz and then switched to voice studies with Prof. Charlotte Lehmann in 1999 in Würzburg where he graduated with distinction. 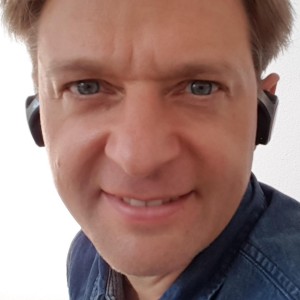